Hello, everyone. It’s nice to be reporting back from Bozeman, Montana on our recent trip to both Warsaw and Lublin. Poland. Lublin is spelled just like Dublin, Ireland, but the pronunciation is just a little bit different. And there, we met up with Pastor Sergei and his wife, Natasha. And we’re gonna let you hear his story direct from him through Peter, our missionary friend who speaks both Polish and Ukrainian, Russian and English. Of course, Peter lives in Vancouver, Washington, but about a third of his time in the last seven months has actually been in Ukraine and in Poland.

And this is a great story. And it’s one that, without your help, we wouldn’t be able to tell about it. And in fact, Sergei even mentioned in this video, he tells that they were, they were using some really rundown facility until Shepherd’s Heart came along. And we were able to rent this old casino that the city had kicked the casino folks out. And so here we are, it’s just a great story.

I’ll leave it at that, but man, I’m telling you, I can see us supporting Sergei for as long as we possibly can. He told us that he just emphasized, “thank you for not disappearing on us.” A lot of the charities have gone away. A lot of the attention that was originally being focused on this area has now gone, and he said the red cross isn’t in Lublin anymore. And in some of the other charities as well used to be busy with visitors. And of course, now there are other stories that have taken front and center.

So thanks for your help. Without you, we couldn’t do it. Just Lublin alone is $2,500 per month – or $30,000 a year. I’d like to do it for at least a couple of years and we’ll see what happens. But thanks to you, we’re doing it; and without you, it just doesn’t happen. So way to go! You’re making a difference in providing hope and refuge in a time where this displacement is epidemic. If you hear one horror story, you may as well hear a couple million more because they’ve all got the same story.

Enjoy this, and we’ll talk later. 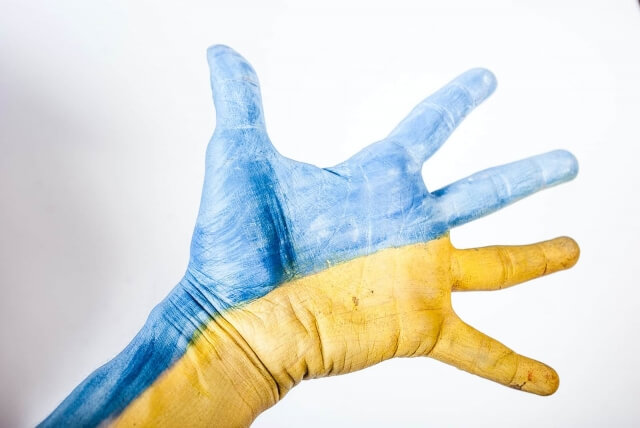