Respect, Honor, and the Attraction to a Happy Face

I want to touch on the subject of respect.  I’ve heard it said that it is very difficult to love someone if we don’t respect them.  If that is true, perhaps we should focus on managing our respect level towards our spouse.

In my last article, I blogged about the power of touch, and how the sensation of feeling enhances the love that my wife and I have for each other.  But it is the nurturing of respect for each other that lays the foundation for our love relationship.  If I respect Margo, I will be looking for ways to protect her, verses ways to catch her in a weak moment.

Since the beginning of our marriage, we have worked at not allowing either one of us to be the brunt end of a joke.  Even the slightest chop or laugh at the other’s expense just doesn’t work.  That’s not what we bargained for when we started out.  I always had a sharp tongue growing up.  It can work for me, or against me.  But it’s not always a blessing for sure.  On occasion, I’ve said something that will hurt Margo’s feelings, and usually I know it immediately.  Whatever the comment is, I’m immediately certain it was an emotional withdrawal, verses an emotional deposit.  If so, there’s some degree of hurt involved.

Because I respect Margo, I continually need to work on this area of actually showing respect.  We have four kids that are all now married.  Margo has a way of doing things around the house that very few could appreciate.  She works really, really hard at things and she is definitely a detail person.  Our closets, cupboards, dressers have to be the neatest in North America.  I’ve seen other women come through our house and marvel at the way she organizes things.

I have to say that this issue has been a challenge over the years because we are completely different.  I don’t think I’m a slob, but I can’t keep pace with Margo on keeping things neat.  At times she has taken some hits from all of us that I really don’t think are fair.  A comment here or there, or an exasperated sigh from one of us tells her we don’t think like her, and the neat and tidy thing is wearing thin.  This is a great example because it illustrates two colliding styles, living under one roof.  In reality, most marriages are a combination of different styles and backgrounds that are now challenged with working out the differences.

So I’ve had to occasionally protect her, and in fact brag on her for what she brings to the table.  I don’t know what its like to have a sweaty or dirty wife – at least not for long.  We don’t sleep on the same old dirty sheets for weeks.  She actually loves to do laundry, and often I smile as I’ve worn something and before I can turn around, its folded and back in the dresser or hanging in the closet.  She probably has gone to bed only twice in our married life without the dishes being done, and the counters not wiped off.  She just won’t do it because she wants it to be clean when she shows up the next day.   I’ve got it really, really good because of the way she is wired.  So why would I make jokes about it, tease her, etc.?  But it would be easy to fuss and give her a bad time.  As I said, there have been times when she’s taken some hits over her routine.

I like to think I’ve gotten a lot more protective of Margo as we’ve gotten older.  But I know there have been times when I’ve had it wrong, and it wasn’t fair to her.  I’m thankful that God has shown me that I need to be her protector, and give her the honor and respect that she is due.

Honor is just that.  Webster’s Dictionary says: “ respect that is given to someone who is admired”.  My point is that we all marry someone who is at the other end of the spectrum on many fronts.  We have a choice to make.  We can recognize an idiosyncrocy, or difference as a positive trait, for the sole reason that it is a part of this person we love. Or we can try to change this person.  Now that doesn’t seem to make sense to me.  I’m sure if you read books on marriage counseling, there would be plenty of subject matter about accepting the other person the way they are.  It makes sense to me.  But having said that, many frustrations in relationship come from not understanding the other person, and in fact hoping for change.  Why would you hope that someone would change, and waste forty years hoping, when you could embrace them for who they are, and how God made them?  Why not honor your spouse by telling her (or him) for the first time that you love them for who they are?

We don’t have to agree.  We don’t even need to understand why things are the way they are.  The fact is, our spouses are the most attractive when they’re smiling, and we control so much of whether they are smiling or not.

How about just embracing your wife when you don’t agree, and just holding her?  By doing so, you’re telling her you don’t have to win this one.  Her opinion matters, even when you don’t agree.  You know what she wants to know?  She just wants to know you care about her day, her opinion, her thoughts.  But you’re too busy trying to win again, you’re offended because she doesn’t agree with you or get your perspective, and you miss it by a mile.  That’s not honor.  That’s not respect.

Beating your wife into submission in every argument, simply because you don’t agree only pushes her away.  Of course she’s not as attractive right now.  You took the smile off of her face.  Think of when you dated and the spirit of that courtship.  You were happy.  You overlooked shortcomings and differences of opinions.  She was beautiful, and she had a glow about her.  It turned you on, and you could think of no one and nothing else but her.  If she would have been without joy, or without a happy spirit, do you think you would have been attracted to her?  I doubt it.  I’m guessing that a high percentage of the time your wife is not smiling, is directly reflected by your spirit, acceptance, and your valuing of her.

Because you don’t agree with her on an issue, you are short, exasperated, and unpleasant.  She responds defensively.  In fact each time you treat her poorly, a little bit of trust erodes.  Without trust there is little, or no joy.  She picks it up a notch as well, and you also feel the smile and joy being swept away.  This feels nothing like your courtship, because it isn’t.

“When people talk about low-trust relationships, you see tension, sorrow, pain, and sometimes even fear.  When they talk about high-trust relationships, everything changes – eyes light up, smiles appear, people become animated, and conversation focuses on the positive outcomes that bring happiness.”  “Smart Trust” Steven M.R. Covey

And yet, you control so much of it.  Here’s an idea.  Ask yourself what would it take to put a smile on my wife’s face, and what involvement would I have in keeping it there?  She can take a bad day with the kids if she knows you care.  How can you honor her in some small way at the end of each day when you come through the door?  How can you show her respect by your body language, and actions?  If the goal is to keep her smiling, begin with that in mind.  If you agree that she is irresistible when she smiles, why not do your part in making that happen?

If you pout because she’s offended you.  If you’ve gone out of your way to be wittier than her as you won the last argument, you’ve just hurt yourself, along with her.  It’s real simple.  Draw two faces.  One with the mouth turned up in the shape of a smile.  Draw the other with a straight line for the mouth.  Which of those would you want to be married to?  Which one of those did you marry?  Yet, you hold the keys to a smile, or the dreaded straight line.  Go ahead and win the argument, and see what you get.  Just be sure to ask yourself why you just did what you did, ‘cause you just made your life and marriage less than it could be.

How are you doing with all of these?  The result is waiting to greet you either way – 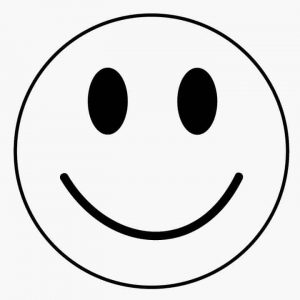 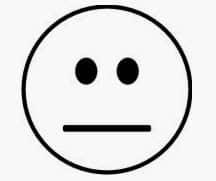