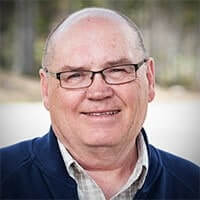 Some years ago while at the University of Birmingham, I was walking absent-mindedly (not a good condition at a university, I admit) into the Orchard Learning Center men’s bathroom, to be jolted to attention. There was a woman standing in front of the mirror. Now here are the facts. I have studied almost daily in this library for a month and a half and have most days used that bathroom (either weak kidneys or too much tea…I said tea). But as I stood in the doorway, looking at that woman, suddenly, what I took for granted, melted. Holding the door partially open I looked at the door, then at her and back at the door; and then, while looking at the woman, pointed to the door. To her credit, either actually or in disguise, she seemed rather unflustered. Perhaps she saw the bigger picture that no geopolitical decisions affecting millions hinged on her situation. After a quick survey of the room, evidence caused her to conclude out loud, “Oh, I think I’m in the wrong place.” She casually picked up her backpack and walked across the hall to the women’s bathroom, where again, I suspect she used the most important feature of a women’s bathroom…the mirror.

I’ve thought about that incident. About how I “knew” I was in the right bathroom, yet when an unsuspected fact presented itself, I was disoriented. We go – perhaps just me – but I know I go through life, thinking little about most of the things I think I already know. It is settled. At that place, we seldom go back to check the foundation. Then we meet a fact, or something is out of place. It catches our attention and we wonder, am I in the right place? This is not just a question about geography. It is about relationships, organizations, direction and the ways of God. Do I reflect about “first things,” fundamental things, foundational things? Or is feeling right more important than pursuing right.

I have always admired Francis Schaeffer, a writer to the university crowd, who told his wife, Edith, that he felt compelled to return and think through all that he believed. For a long winter in Switzerland, Schaeffer walked around a hayloft in the mountains and courageously and honestly weighed his most cherished beliefs. Some years ago Marcy and I bought a house in Portland, Oregon. An inspector came out and surveyed the condition of the house. He came out of the crawl space covered in dust. But we knew that even the foundation had been inspected.

Transitions, some of which we create, others that are thrust upon us, create enough turbulence that we become good candidates for reviewing our values, our loves, our loyalties. Like a house changing owners, we go all the way down to the foundations. Likewise, we must let our assumptions face a challenge. Without it, where would Peter be when the Lord told him that the Gospel was not just for the Jews but the Gentiles, as well? Where would Moses be, when, after five reasons why he couldn’t lead the children of Israel out of Egypt because he had already failed there, the Lord took him back to his place of failure and he was part of a miracle?

Perhaps my life, relationships and life purpose would be better – perhaps yours would – if we allowed our assumptions about what makes a good father, or husband, or Christian to be challenged.